French well known music in the last part of the 1950s and mid 60s had an impact a long ways past its fringes, especially on driving American and British balladeers. Its most acclaimed types were the group of four of vocalists established in the French chanson school of mournful, deep tune and verse: Edith Piaf, Charles Aznavour, Charles Trenet and Gilbert Bécaud, who has passed on matured 74 of disease.

Of all, Bécaud had the most extensive global impact. His greatest hit, Et maintenant (1962), furnished Frank Sinatra and Shirley Bassey with the million-selling What Now My Love. Four years sooner, his Le jour où la pluie viendra gave Jane Morgan a British No 1 with The Day That The Rains Came Down. In 1960, his Je t’appartiens turned into the Everly Brothers’ Let It Be Me, and, in 1967, Vicki Carr had an enormous hit with It Must Be Him, an English variant of Bécaud’s Seul sur child étoile.

Once in a while known as the “French Frank Sinatra”, Bécaud savored show crowds. He had once been feted as a splendid piano player, and his notoriety was in every case unequivocally upgraded by his creating; just his adversary Aznavour had an incredible same level of accomplishment as an essayist and entertainer. Undoubtedly, both made their fortunes from thoughtful, if-just melodies, which sounded significantly more remorseful when converted into English and given words that underscored the minor key.

That worked out in a good way for Bécaud’s dispute that his music was more intuitive than scholarly: “I respond more than I might suspect,” he once said. In France, they called him “Monsieur 100,000 Volts”, and, in any event, considering the French vaudeville crowd’s affection for exaggeration, the moniker gives some sign of the effect he had in his own nation. 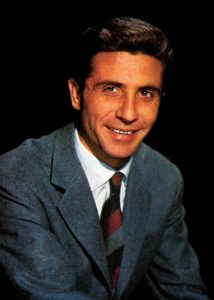